We are SO excited to announce our 75th Mainstage season! Tickets and subscriptions will go on sale later in the spring, but we wanted you to have the first look at what’s coming up next!

We’ll also be announcing Mainstage directors and audition dates, student matinees, 35below shows, the Readers Theatre Showcase season and more a little later – so keep your eyes peeled for all the ways you can plug in at Asheville Community Theatre!

Book by Thomas Meehan; Music by Charles Strouse; Lyrics by Martin Charnin
October 2-25, 2020
Times are tough, spirits are low, and the world is in dire need of hope. Enter, stage left: a delightful underdog — Annie, a cute, yet mischievously feisty little girl. She takes on the world and, with an equal share of moxie and music, unlocks hearts and changes lives through kindness, love, and spirit. Based on the popular comic strip by Harold Gray, Annie has become a worldwide phenomenon and was the winner of seven Tony Awards, and features some of the greatest musical theatre hits ever written, including “Tomorrow.”

Book by Thomas Meehan & Bob Martin; Music by Matthew Sklar; Lyrics by Chad Beguelin
December 4-20, 2020
When Buddy is an infant, he mistakenly crawls into Santa’s bag of gifts and is transported to the North Pole. The would-be elf is raised, unaware that he is actually a human until his enormous size and poor toy-making abilities cause him to face the truth. With Santa’s permission, Buddy embarks on a journey to New York City to find his birth father and discover his true identity. Faced with the harsh realities that his father is on the naughty list and his half-brother doesn’t even believe in Santa, Buddy is determined to win over his new family and help New York remember the true meaning of Christmas. Based on the beloved holiday film, that proves that the best way to spread Christmas Cheer is singing loud for all to hear.

Music, Book & Story by Steve Martin; Music, Lyrics & Story by Edie Brickell
February 5-28, 2021
Inspired by a true story and featuring the Tony-nominated score by Steve Martin and Edie Brickell, Bright Star tells a sweeping tale of love and redemption set against the rich backdrop of the Blue Ridge Mountains of North Carolina (including scenes in Asheville) in the 1920s and ’40s. When literary editor Alice Murphy meets a young soldier just home from World War II, he awakens her longing for the child she once lost. Haunted by their unique connection, Alice sets out on a journey to understand her past — and what she finds has the power to transform both of their lives. With beautiful melodies and powerfully moving characters, the story unfolds as a rich tapestry of deep emotion. An uplifting theatrical journey that holds you tightly in its grasp, Bright Star is as refreshingly genuine as it is daringly hopeful.

Adapted by Eric Coble from the Newbery Award-winning book by Lois Lowry
April 2-18, 2021
Jonas’ world is perfect. Everything is under control and safe. There is no war or fear or pain. There are also no choices. Every person is assigned a role in the community. But when Jonas turns 12, he is chosen for special training from The Giver — to receive and keep the memories of the community. The Giver is the only person who holds the memories of real pain and real joy. Now Jonas will learn the truth about life — and the hypocrisy of his utopian world. Through this astonishing and moving adaptation, discover what it means to grow up, to grow wise, and to take control of your own destiny.

Music and Lyrics by Björn Ulvaeus & Benny Andersson; Book by Catherine Johnson
June 4-27, 2021
The world-wide phenomenal musical celebrating the music of Swedish international singing group ABBA! Set on a sun-kissed Greek island where a daughter (on the eve of her own wedding) invites 3 of her mother’s middle-aged, former suitors to her wedding – hoping that one will turn out to be her long-lost, birth father.

Lend Me a Tenor

By Ken Ludwig
August 6-22, 2021
Cleveland, 1934. The local opera company is set to present the opera Pagliacci starring Tito Merelli, a world-famous Italian tenor. He arrives late and, through a set of crazy circumstances, passes out after mixing wine with a huge dose of tranquilizers. Believing that the divo is dead, the excitable opera manager taps his hapless assistant, an aspiring singer named Max, to suit up as the Clown and replace Merelli. An angry wife, a presumed death, crazy costumes, secret romps, and loads of slamming doors and mistaken identities. A delightful, farcical comedy that was recently revised in 2019. 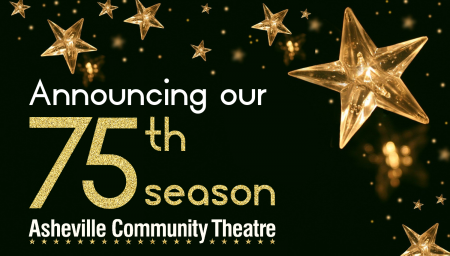