Another actor making his ACT Mainstage debut is Haven Volpe.  He just finished starring in Robin Hood at Montford Park Players, where more than 6,000 people enjoyed him in the role of Will Scarlett, one of Robin’s Merry Men. In The Groundling, Haven plays Pete, a neighbor who’s been hired by Bob to answer phones and compose music for his office phone system. Pete has never been in a play before (though he would take you to Phantom of the Opera RIGHT NOW he loves it so much), but he’s playing Bob in the play Bob has written.

Hometown: Asheville, Land of the Sky

Years involved in theatre: 14. Been acting since my debut role in preschool: Chicken Little, y’all!

You’ve been involved in theatre for your entire life, basically! What was your first experience at ACT? I was a student at ArtSpace Charter School throughout most of elementary and middle school. I actually received the Rinnie Rocks Scholarship in seventh grade there. It was a full scholarship to Tanglewood Youth Theatre’s Summer Camp and so my first ACT experience was as a youth summer camper.

Oh my gosh! That scholarship is named in memory of Rinnie Hopkins, who was also an ArtSpace student, and who came to summer camp for years. How thrilling that you’ve continued to be involved in theatre, not just at ACT, but all over town. I can’t complain. I love the theatre. I’d do every show in town if I could!

You work with Montford Park Players quite a bit. How different is Pete from some of the past characters you’ve played? Has playing this role been a stretch for you? A stretch? Yeah, I guess you could say that. As an actor, I feel considerably more comfortable onstage in a doublet than a t-shirt! I think modern theatre is a little different from what I’m used to, the character of Pete included. It’s a lot different playing what could be a real, current person. It can end up bring much more personal. At Montford, you’re acting Shakespeare outside in front of upwards of 5 or 6 hundred people. It’s a little less personal and definitely a different experience than playing here at ACT. When outside at the amphitheater, playing Shakespeare, there’s not as much room for the onstage subtleties as there is with a script like The Groundling and a stage like ACT. There’s also a lot less swordfighting involved playing a pot head on Long Island than there is as something like Will Scarlett in Robin Hood. Totally different experiences.

We can totally see that!

From Tanglewood Youth Theatre to a debut on the Mainstage, it’s great to have Haven back at ACT! Come and see him in The Groundling. 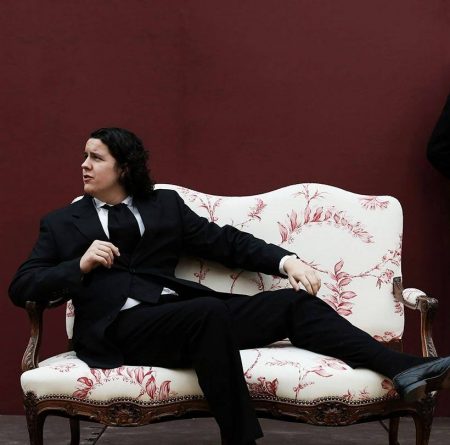