Asheville Community Theatre is thrilled to announce that Maria C. Young has been named Artistic Partner in a new fellowship that will run from September 2021 through August 2022. The Artistic Partner Fellowship will include a staged reading, workshop and production of new original work by Young, a full staged production of Transition directed by Young, the launch of the Young & Gifted internship for youth of color, and a public playreading series. Young is a local author, playwright, filmmaker, and director based in the historic Shiloh community. Her memoir, on which her first play Transition is based, is titled Lost in a Game.

Young is the first artist to be featured in this inaugural year for this program, which the theatre hopes to continue and potentially expand in future years.

“The vision of this fellowship came together after the staged reading of Transition in 2020. I saw an opportunity for a deeper partnership with ACT in regards to my work but I also wanted to craft a lane for future black creators and creators of color to cultivate stories in these spaces. Thankfully, ACT has believed in my innovation and adapted this program with me.” shared Young.

“The idea for a project of this scope started with Maria,” shared Susan Harper, Executive Director of Asheville Community Theatre. “She brought a proposal to staffers Chanda Calentine and Jenny Bunn, and they worked together to create this new Artistic Partner Fellowship.”

“Maria has a strong voice and point of view. She’s interested in telling stories that ACT hasn’t featured on our stages,” added Bunn. “She’s deeply committed to building community and has a passion for empowering youth. We couldn’t be more excited to work with her more deeply over the next season.”

During this fellowship, Young will write a new play. The piece will be workshopped over the 2021-22 season and culminate with a publicly performed staged reading in the summer of 2022. ACT will have the ability to fully produce this new work in a future season.

“The new pieces will stay true to the foundational aspects of my creativity. The most impactful and purposeful work is that of authenticity, and I use personal experiences to illustrate that. These new works will be no exception and hopefully generate some self reflection and what it truly means to live inside yourself with resolve, while examining the spaces you inhabit and the relationships that proceed in that,” added Young.

The fellowship also includes a full production of Young’s first play Transition for 3 performances on the ACT Mainstage. Young was initially scheduled to present Transition in 35below, as a part of the Artistic Horizons program, which gives local artists the opportunity to pursue new creative paths in the theatre. When the theatre closed during COVID and those plans were shelved, Young worked with the ACT staff to present Transition as a filmed, staged reading which was streamed in December 2020.

“The performance and the cast were absolutely electric,” said Bunn. “The only thing missing was a live audience and the energy that is shared when actors and an audience are together in the same space. We’ll get that when we produce Transition in the spring of 2022.”

As another part of the fellowship, Young will oversee the Young & Gifted internship, in which two youth of color will work directly with her during the full rehearsal process and performances of Transition.

“The Young & Gifted internship is an opportunity to add and prepare voices who simply seek opportunities to create and use their imaginations. This internship serves as a hybrid to fill the gap between our youth and resources they’ve traditionally been shut out from. I can’t just create change through my pen when the purpose is much more vast. Young & Gifted is here to build something so our youth know that their dreams are tangible and work directly beside me in every aspect it takes for a play to leave my page and get onto the stage,” said Young.

A public playreading series is also in the works for the coming season.

“This is a hybrid idea combining The Autumn Players’ Reading Plays for Pleasure series with an online book club Maria had a part in hosting through the Buncombe County Public Library,” shared Bunn. “When we initially thought about this program, we envisioned it happening over Zoom. Perhaps we’ll be able to do this together in person. We’ll wait and see.”

The Artistic Horizons program, which features original work by new, emerging, or established writers who are expanding their craft to include playwriting, or productions helmed by first time directors who want to workshop a piece before committing to a full performance run, is paused until the 35below space is able to be used as a creative space. 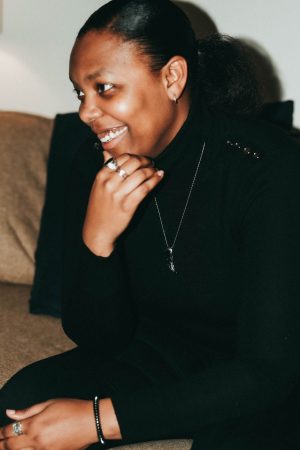