Our Artistic Selection Committee, comprised of Board and staff members, wanted to make sure we were choosing a season of shows that would be fun (both to perform and to watch), would have lots of room for creativity, and would be infinitely cast-able.

Tickets and subscriptions will go on sale later in the summer. We’ll also be announcing audition dates, additional programming, artistic teams – and how to throw your hat into future rings – and so much more! Keep your eyes peeled for all the ways you can plug in at Asheville Community Theatre!

By Sandy Rustin, based upon the works by Jonathan Lynn, Hunter Foster, Eric Price, and David Abbinanti
Based on the Paramount Pictures motion picture, based on the Hasbro board game Clue
October 15-November 7, 2021
Fridays and Saturdays at 7:30 pm; Sundays at 2:30 pm
Directed by Jeff Catanese
It’s a dark and stormy night, and you’ve been invited to a very unusual dinner party. Each of the guests has an alias, the butler offers a variety of weapons, and the host is, well … dead. So whodunnit? Join the iconic oddballs known as Scarlet, Plum, White, Green, Peacock, and Mustard as they race to find the murderer in Boddy Manor before the body count stacks up. Based on the cult classic film and the popular board game, Clue is a madcap comedy that will keep you guessing until the final twist.

By Qui Nguyen
February 18-March 13, 2022
Fridays and Saturdays at 7:30 pm; Sundays at 2:30 pm
Directed by Josh Batenhorst
This sci-fi spectacular blends stage combat, puppetry, and multi-media to create a uniquely cinematic experience for the stage! Set in a futuristic universe where humanity is nearly non-existent, Fight Girl revolves around E-V, a hardnosed prizefighter and the last known female human in the galaxy. Amidst the aliens and the androids, E-V must fight to keep the human race from being completely obliterated in this “delicious intergalactic theatrical space ride.”

Adapted by Eric Coble from the Newbery Award-winning book by Lois Lowry
April 22-May 15, 2022
Fridays and Saturdays at 7:30 pm; Sundays at 2:30 pm
Co-Directed by Robert Dale Walker and Shari Azar
Jonas’ world is perfect. Everything is under control and safe. There is no war or fear or pain. There are also no choices. Every person is assigned a role in the community. But when Jonas turns 12, he is chosen for special training from The Giver — to receive and keep the memories of the community. The Giver is the only person who holds the memories of real pain and real joy. Now Jonas will learn the truth about life — and the hypocrisy of his utopian world. Through this astonishing and moving adaptation, discover what it means to grow up, to grow wise, and to take control of your own destiny.

Music and lyrics by Jeff Bowen; Book by Hunter Bell
July 15 – August 7, 2022
Fridays and Saturdays at 7:30 pm; Sundays at 2:30 pm
Directed by Mark Jones
Jeff and Hunter, two struggling writers, hear about a new musical theatre festival. However, the deadline for submissions is a mere three weeks away. With nothing to lose, the pair decides to try to create something new with the help of their friends Susan, Heidi and Larry. With the cast in place, Jeff and Hunter make a pact to write about what to write about – and write up until the festival’s deadline, all the while dreaming about the show changing their lives. [title of show]  – taken from the space on the festival’s application form which asks for the “[title of show]” – is a love letter to the musical theatre and to the joy of collaboration. 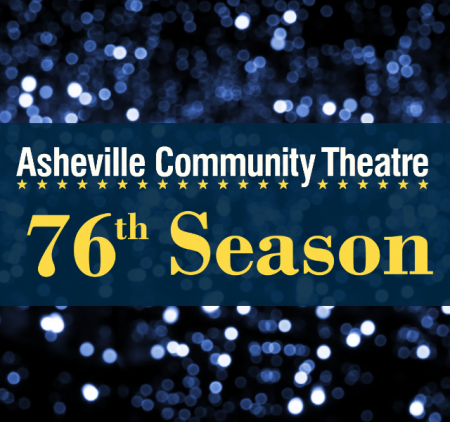