Music and Lyrics by Jeff Marx and Robert Lopez * Book by Jeff Whitty
October 5-28, 2018
Avenue Q is part flesh, part felt, and packed with heart. This puppet-filled musical comedy follows a group of twenty-somethings seeking their purpose in big-city life. Recent college grad Princeton moves into a shabby New York apartment all the way out on Avenue Q. Princeton and his new-found friends struggle with issues of sex, love, unemployment, identity, and finding their purpose in life. It’s highly possible that audiences will leave the theatre having completely identified with another human … or a puppet. Winner of the 2004 Tony Awards for Best Musical, Best Book of a Musical, and Best Original Score.

By Tom Godleski
November 30-December 16, 2018
A revival of 2016’s premiere of this holiday family crowd-pleaser! It’s Christmas Eve in 1955 at a small town train depot where the snowy weather has caused some delays. Over the course of the evening, strangers become friends, friends become family, and the warmth of human connection is deepened through stories and songs. Though the weather outside is frightful, inside the depot it’s delightful as memories of Christmases past are shared. Written by local storyteller and musician Tom Godleski and performed with original music and traditional songs by local bluegrass musicians.

Music and Lyrics by Dean Pitchford, Tom Snow and Kenny Loggins
February 8 – March 3, 2019
When teenager Ren McCormack moves from Chicago to a small town, he isn’t prepared for the stifling local laws, including a ban on dancing and rock music instituted by the local preacher. As he struggles to fit in, he encourages his classmates to defy the local pastor and call for a rock’n’roll prom. With an energetic Top 40 score amplified with dynamic new songs, Footloose celebrates the wisdom of listening to young people, guiding them with an open mind and a warm heart. A musical version of the 1984 film.

Adapted for the stage by Eva Le Gallienne and Florida Friebus
From Lewis Carroll’s Alice in Wonderland and Through the Looking Glass
April 5 – 21, 2019
A journey into a world of complete illusion! All the familiar characters from Lewis Carroll’s famed Victorian fairy tale are here: Alice, The Mad Hatter, The White Rabbit, Tweedledee and Tweedledum, The Red Queen, The Cheshire Cat … and many more! Produced and revived on Broadway, this is considered the most successful dramatic version of Alice in Wonderland and Through the Looking Glass.

Hands on a Hardbody

Book by Doug Wright * Music by Trey Anastasio and Amanda Green * Lyrics by Amanda Green
June 7-30, 2019
For 10 hard-luck Texans, a new lease on life is so close they can touch it. Under a scorching sun for days on end, armed with nothing but hope, humor and ambition, they’ll fight to keep at least one hand on a brand-new “hardbody Nissan” truck in order to win it. In the hilarious, hard-fought contest, only one winner can drive away with the American Dream. Based on a true story.

By David Lindsay-Abaire
August 9-25, 2019
Becca and Howie Corbett have everything a family could want, until a life-shattering accident turns their world upside down and leaves the couple drifting perilously apart. Rabbit Hole charts their bittersweet search for comfort in the darkest of places and for a path that will lead them back into the light of day. Winner of the 2007 Pulitzer Prize. 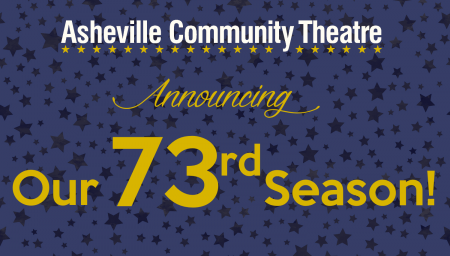