Though we’re still just halfway through our current season, we have selected a slate of shows for 2017-18, our 72nd season. Audition dates will be announced in March. Subscriptions will go on sale in April, and single tickets will go on sale later in the year.

The Best Christmas Pageant Ever
By Barbara Robinson
Our most popular holiday show ever! When the town terrors end up as the leads in the annual Christmas pageant, their interesting interpretation of the story (which they have never heard before) helps everyone rediscover the meaning of the holiday.

9 to 5 – The Musical
Music and lyrics by Dolly Parton; Book by Patricia Resnick
Based on the 1980 Film
In this musical, three very different secretaries are trying to survive in the secretarial pool of a large corporation run by a chauvinistic boss.

The Full Monty
Book by Terence McNally; Score by David Yazbek
Based on the 1997 Film
When a group of unemployed Buffalo steelworkers come up with a way to make some quick cash, everyone wonders if they will really pull it off!

The Groundling
By Marc Palmieri
A comedy that explores how the power of theatre can affect the most unsuspecting, and perhaps most deserving, of us all. 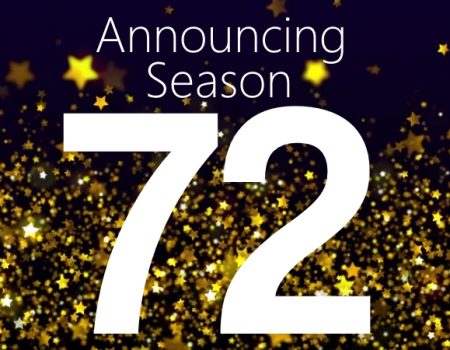