Kelsey Simmons is not only making her ACT debut, she’s making her theatrical debut! She’s a rising senior at UNCC, an accomplished model, and an incredibly hard worker. She plays Ally, a student who’s hoping to transfer to Hofstra, but is spending the last days of summer tackling 5 different parts in Bob’s play. Ally is smart, gets inspiration from the world around her, and is a lot of fun. Which also sounds a lot like Kelsey to us!

Little known fact about you: I also like to do hair.

Years involved in theatre: 1. This is my first show!

We’re so excited that this is your ACT debut. What was it about this play that made you come out to audition? I’m really interested in acting and I was looking for a place where I could get more experience – a place where someone wasn’t expecting me to already be a professional. I wanted the full experience of being in a play; having set rehearsal schedules, getting notes from the director. I thought this would be a place where I could learn.

Person or people you gain inspiration from: My grandma, Michelle Obama, and Barbara Jordan

Would you be friends with your character in real life? Yes

Kelsey, we hope we’ll keep seeing you on our stages and on other stages around town in the future! If you’d like to catch Kelsey’s debut in The Groundling, get tickets here. 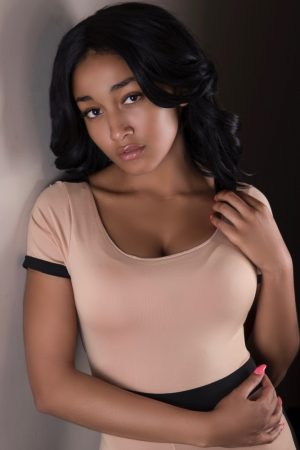