Jon Morrison is 23 years old and new to the Asheville area. This is his first play at ACT and he’s really grateful to be a part of it. He likes to watch movies and write. Earlier this year he performed in Shakespeare’s Measure for Measure at Raleigh Little Theatre in Raleigh, NC.

Why should you come and see a play like Rabbit Hole? Because it’s what we need right now. If we all took the time to understand each other and see that we’re all hurting in different ways, we’d spend less time fighting and more time growing.

What do you feel is the most important message of your character, and what can it teach other people? To be sincere. Jason sort of says/does what he feels without the filter of what society thinks is normal. It’s not corny to unironically express yourself.

What is the hardest part about playing your character? It’s easier/more fun to work with emotional extremes in acting. Jason is the opposite of that. It’s hard expressing emotions without being overt.

Have you grown at all as a person, working on Rabbit Hole? Of course. I’ve always dealt with grief the same way Becca does; by compartmentalizing. I’ve learned it’s healthier to face your demons head-on.

Have you struggled at all working on such a heavy and potentially sad play? If so, how were you able to remain positive? Yeah it was tough. The deeper we got into it the less fun it became. It slowly became an obligation just to get the story right which is what kept me motivated on the particularly rough days. Knowing that everyone goes through grief and that someone might take something away from the play on how to deal with it.

Can you describe what, in your opinion, the essence of Rabbit Hole is? Sometimes bad things happen that are nobody’s fault at all. You should spend your time learning, healing, growing instead of ignoring, hiding, and placing blame.

Jon, we hope we’ll keep seeing you on our stages and on other stages around town in the future! If you’d like to catch Jon’s debut in Rabbit Hole, get tickets here. 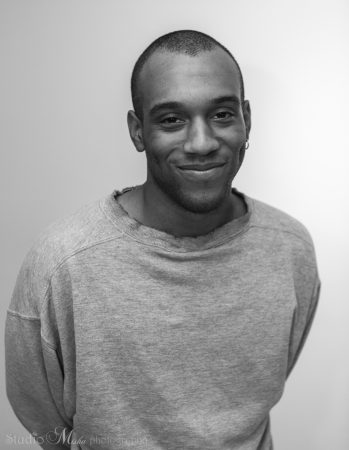